Wait for a second while the shop loads.. 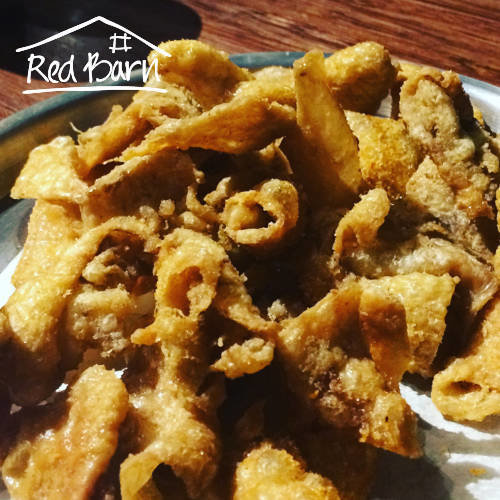 Anybody who wants to make truly authentic Ashkenazi Jewish cuisine must first learn how to make schmaltz and gribenes. Schmaltz is an important ingredient in many Jewish recipes, and is a must-know for anybody wanting to prepare authentic Ashkenazi cuisine. Gribenes are a by-product of the process used to collect schmaltz. Some of you might find this blog a bit– well, unappetizing. To the modern health-conscious cook, schmaltz and gribenes sound like a heart attack waiting to happen. Schmaltz is full of cholesterol, but it adds a very unique flavor to dishes that is unmatched by any other type of oil. While many people find gribenes delicious, others might consider them too strange or unhealthy to enjoy. Take them or leave them, schmaltz and gribenes are quintessentially Jewish.

Though richly flavored, both dishes evolved out of frugality. In Eastern Europe and other Ashkenazi countries, chicken meat was an expensive treat. When a chicken was purchased from the butcher, every part of the bird was used. Schmaltz and gribenes are two creative ways of using parts of the chicken that might otherwise be thrown away.

Schmaltz is basically rendered chicken fat. It is collected by slowly sautéing chicken skin and fat, then collecting the liquid fat that melts as it cooks. It’s easy to make and adds an authentic flavor to many Jewish recipes, including matzo balls and chopped liver.

After collecting the schmaltz, continue to fry the chicken skin with onion to produce a batch of crispy little gribenes. They can be snacked on as-is or added as a condiment to other dishes. I like to think of gribenes as the Jewish alternative to bacon. It’s fatty, flavorful fried goodness—and it’s kosher!

You might be wondering, “Where do I get a whole pound of chicken skin and fat?” Well, you can collect it from your everyday chicken recipes (store it in the freezer and thaw before using), or you can ask your butcher. Regular butchers will sometimes give it to you for free, since it’s stuff they would normally throw away. Kosher butchers will usually charge you, though, because they know what you’re up to!

You can also collect schmaltz by cooling chicken soup in the refrigerator, then skimming the solid fat that rises to the top. I prefer the method described here, as it consistently produces perfect golden schmaltz every time.

Save this product for later

Wait for a second while the shop loads, we have lots of products for you!

Red Barn tries to add new and locally produced products on a regular basis.  All our products are either Free Range, organically farmed or just special items made by local craftsmen.

You can search for your product

Use the search bar on the right

Are you in Cape Town or Port Elizabeth? (or in between)

Yes, we deliver by courier to these areas and in between.  Why not form a chicken club to share the delivery fee?  It’s easy. You can also order by yourself.  Read More HERE

Payment Methods for your Farm food

We accept credit card, EFT or COD.  Select your option on the checkout page.

Scroll down in the Right Column to find out when we deliver to your area.

Push the RED PLACE ORDER BUTTON to complete your order!

Look for a Product

The price shown is an AVERAGE price for medium or large whole chickens. You can change the size and price of the chicken at any time.

There is no minimum order quantity. You can pay cash or by EFT or Credit Card.

If you don’t want to order ONLINE you can email it to us or you can call me with your order too!